Zone of the Enders Wiki
Register
Don't have an account?
Sign In
Advertisement
in: Characters, Characters - ZOE

Celvice is a voice of encouragement and compassion and urges Leo throughout the game to prioritize, at the expense of his mission, the rescue of Antilia's civilians. It is known from Leo's interactions with her that she worked at a church on Antilia and took care of the children there, showing that she has a kind and gentle spirit and may be religiously-inclined.

After being saved from a LEV attack, Celvice accompanies Leo in his mission to transport Jehuty. She is later shot by Viola Gyune, but survives the wound.

Zone of the Enders: The 2nd Runner[]

Celvice does not appear in the events of ZOE: 2nd Runner nor is explictly referenced by the characters. However, an easter egg unlockable implies that she and Leo are happily dating. 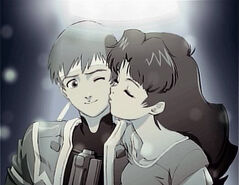 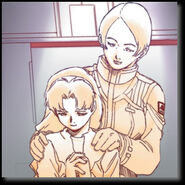 Celvice and another Atlantis crewmember. 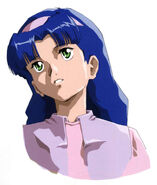 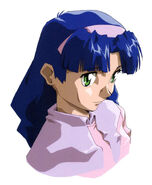