Zone of the Enders: Dolores,i

The story centers around a space cargo transporter named James Links, his family, and their adventures in the Zone of the Enders universe.

The events of the story are set in motion when James is sent a mysterious Orbital Frame called Dolores (a.k.a ISIS) with instructions to deliver it to Earth and not to let anyone get hold of it. During the series, James attempts to reconnect with his adult children, Leon and Noel, as well as search for his long-lost (and reportedly dead) wife Rachel. The intelligent, well-mannered and well-meaning, but somewhat awkward and naive Dolores accompanies him as many enemies attempt to stop him, manipulate him, or capture Dolores.

Dolores
Class: Class C Orbital Frame
Purpose: Melee
Piloted By: James Links
Weapons: Dual Sword Arms, Arm Cannon, Particle Cannon, Burst Attack, Vector trap, Raptor Control System, additional grenades and bombs stashed in Vector Trap
Dolores is the AI of the Orbital Frame Isis, similar to Orbital Frame Jehuty's ADA. Unlike ADA however, Dolores has complete control over the Isis frame and can operate it without a Runner. Dolores is also unlike ADA in that she is not cold and calculating (though ADA changes in that respect through Leo Stenbuck's influence), Dolores is child like in additude, beliefs, and her attachment to James Links, who she considers her Uncle and calls such (she calls him Sir-Uncle in the English dub).

When Dolores first meets James Links, she only remembers her name, the song that Rachel Links used to sing to her husband James and their children, and the fact that she is an Orbital Frame. As the show progresses, she learns to access more of her combat abilities. Unlike Jehuty and Anubis, Dolores doesn't have her main weapons built into her arms or stashed in her Vector Trap, instead she transforms her arms into blades or guns. She can even transform her chest into a Particle Cannon capable of destroying fortified targets. Dolores has a program that allows her to control unmanned Raptor frames. This ability is revealed when James Links and Dolores examine the battle system.

Like other Orbital Frames, Dolores is capable of repairing herself. She could be able to repair herself by coming in contact with Metatron like Jehuty, but it is never revealed in the show. Instead Dolores latches on to a local energy grid and siphons off energy to repair herself.

Isis has two forms. While Dolores is in control of Isis, she looks like a hybrid of Jehuty and Idolo. When Dolores is in imminent danger, her battle system takes over Isis, and transforms the frame giving it characteristics similar to other frames, such as Jehuty and Anubis. In her battle form, Isis looks more intimidating and even sprouts a tail, possibly to extend the range of her vector trap. Isis remains in this form until the battle system deems all threats annihilated. Dolores has no control over herself while in this form, and often regrets the damage she causes. It should also be noted that when in ISIS mode, the frame itself is no more powerful than regularly. The frame usually appears stronger in ISIS mode due to the battle A.I.'s ruthlessness in combat and because it uses the frame's full power, while Dolores knows little about it's capabilities early on in the series. The battle program's purpose, as it states many times, is to terminate anyone in the vicinity, and will do so by any means. This makes the A.I. far more unrelenting in combat, unlike Dolores who tries to do as little harm as possible. This is both stated by one of the Yans, that the form's cosmetic difference is comparable a "puffer fish" in that its only purpose is to intimidate opponents, and even proven in battle. Dolores gains control of the frame's combat mode when fighting Hathor, but fights no more efficiently. Dolores actually fares better the second time, in which she is not in ISIS mode.

Dolores is named after Radium's lover, who perished during the Deimos Incident while protecting Dr. Rachel Links.

Hathor
Class: Orbital Frame, unknown class, possibly an advanced class C
Purpose: General
Piloted By: Napth Pleminger
Weapons: Primary - Dual Sword Arms, Arm Cannon, Homing Laser, Particle Cannon, Burst Attack, Raptor Control System
Designed as sister-OF of Isis, its capability is on par with Isis, if not slightly more powerful. Used by neurotic Napth Pleminger, this OF capable to use its Vector Trap as hiding shield, practically outphase the whole OF from 3-dimensional vicinity for short time, making its invincible, and strikes at unexpected place. His ruthless, berserk style of fighting causes him to gain upper hands at first during his battle with James, but later also became his undoing, since James, who still can calmly thinks, using the "vanishing" tricks to outwit him, using Dolores' Vector Trap. Later, Hathor is sacrificed by its runner to help Dolores maintain the stability of Earth Orbital Elevator, after Napth is convinced by Dolores Hayes' soul to do so.

Raptor
Class: Mass Produced Orbital Frame
Purpose: General
Piloted By: A.I. A special AI is created during contact with Dolores, causing the Raptor has distinct personalities that differ him from regular Raptor, dubbed by Dolores as "Mr. Raptor" (Raptor-san), who takes a liking toward Dolores, and vice-versa. The Raptor got destroyed when protecting two civilians (a girl and her mother) from Tempest assault during BAHRAM decoy assaults.
Weapons: Javelin, Sword x 2, Geyser 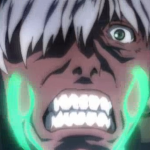 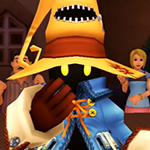 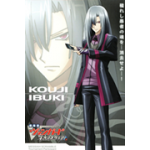