Zone of the Enders: The Fist of Mars

Zone of the Enders:
The Fist of Mars

Zone of the Enders: The Fist of Mars, known in Japan as Z.O.E. 2173 Testament, is a video game that was developed by Sunrise Interactive and published by Konami in 2001 for the Game Boy Advance. The game is story-oriented, and is based around turn-based strategic mecha combat.

It is 2173 and humankind, in the search for a valuable resource called Metatron, has expanded its reaches to Mars and the moons of Jupiter, and full colonies have been established. However, Earth keeps a tight reign over the colonials, known by the derogatory term "Enders", and discrimination is commonplace. Food supplies are short, movement of citizens is controlled, and many Mars inhabitants have tried to rise up against Earth, but to little avail.

The game follows the story of a 17-year old boy named Cage Midwell, a worker upon the interplanetary express ship "Bonaparte III" with his close friend (and idol) Ares Enduwa. However, on a routine journey, Cage spots a woman creeping into the cargo holds, and follows her. As he does this, the ship is attacked by a powerful black Orbital Frame. Cage and the girl, who introduces herself as Myona Alderan, climb into a mysterious LEV held within the ship and escape, eventually crash-landing on Mars. They are quickly caught and are accused of being the ones responsible for the crash. On top of this, Myona has completely lost her memory. However, shortly after their imprisonment, they are freed by an "Anti-Terrestrial League" leader called Deckson Geyse. His faction, BIS (Born In Space), quickly come and rescue them, and Cage finds himself caught up in the escalating conflict between Earth and Mars.

The game is structured in a manner resembling an anime TV series, with 26 "episodes", each containing one mission. Each episode (with the exception of the last, which is purely storyline-based) consists of a series of story scenes, followed by a gameplay, and closing with another series of story scenes. Between episodes, the player can purchase equipment and upgrades for their mecha, and save the game. A directory of terms and characters is available, gameplay may be saved at any point during combat, and story scenes can be fast-forwarded, reversed, or skipped completely. Also, it should be noted that meeting certain criteria in game can lead to different endings and missions.

Gameplay consists of an interface similar to that of Super Robot Taisen. The characters' mecha have various different attacks and statistics that allow them to perform different tasks, and different strengths and weaknesses in combat (For example, Mebius' Orbital Frame Orchist has powerful ranged attacks in the forms of the Elfen Bow and the Moon Balista moves, but is weak in close combat both offensively and defensively). There are a variety of different mission objectives, from protecting targets to destroying particular enemy combatants. Attacks are performed or evaded by using the IAS (Interactive Attack System) where the player targets or avoids the enemy from a 1st person perspective.

Cage Midwell - a 17-year old worker upon the interplanetary express Bonaparte III. Emotionally fragile, he often blames his failures on other people, and has a tendency to snap under pressure. However he is kind, gentle and is capable of doing whatever he feels is justified for the greater good. He uses the Orbital Frame "Testament".

Ares Enduwa - A co-worker and friend of Cage's, at face value, he is a mature, intelligent (if not ingenious) young man. However, he is secretly an agent of anti-earth terrorists BAHRAM, and can become the main antagonist of the game. Ares pilots several frames throughout the game, including the Orbital Frame Vjaya. However, his main Frame is the Black Frame Iblis.

Myona Alderan - A mysterious girl with no memory of her past, Myona becomes an important character within the story, and becomes very close to Cage. However, her amnesia means that she is unaware of her true role.

Deckson Geyse - The founder of BIS, he his an integral pert of the Mars Resistance movement, although is is unaware of the extent of his influence. Deckson drives Edge, a large tank which can also refuel and rearm other units.

Semyl Shambrow - The youngest member of BIS and an orphan, she experienced much prejudice as an "Ender", and her contempt for Earthers, combined with her desire to improve the world for her orphan friends, led her to join the resistance. She pilots Caliburnus, an LEV with powerful defensive capabilities. Primarily a support unit, its mobility is low, but its ranged attacks allow it to stay just behind the frontline and pepper the opponent with missiles.

Razma Cascade Jr. An outgoing skirt-chaser, despite his tendency for immaturity, he is reliable and intelligent. He shares a love-hate relationship with Semyl. His LEV, Dreizehn, is a long-range unit with the accuracy to match Razma's natural sniping ability.

Tadamichi E. Yukito - Something of a geek, he has a tendency to become absorbed in his own little world. Yukito pilots the agile LEV Justeen.

Warren Lumenlux - An ex-mercenary, he is often overly cautious and serious; nevertheless, he is an excellent soldier. Warren's Orbital Frame, Durandal II, is another effective close combat unit.

Philbright Westriverside Warehouserock XXVI - An effeminate young man, he is often mistaken for a girl (which even Cage does early on). He has a lot of suppressed guilt and trauma at his killing of his insane father, which leaves him open to emotional wounds. He drives a light armoured vehicle called "Blade", a support vehicle capable of healing and restocking ally units.

Robin O'Connell - BIS's financial supporter. She maintains many ties to the Mars Resistance's underground, and seems to support the martian cause. She and her secretary, the enigmatic Twede, play vital roles in BIS's exploits.

Dezeele Zephyrs - A high-ranking Earth Officer and recurring antagonist. He was the mastermind behind many sadistic experiments on Martian citizens, and was responsible for the Mindflow system and Animus projects. A dominant superiority complex eliminates any compassion for his subjects; indeed, his conviction in his own brilliance drives him to attain his own goals, whatever the cost may be.

Bolozof Velasgo - A cold, malicious man, he is in charge of an elite Earth army unit called Acemos. A vicious racist, he is determined to keep Martian inferiority going, and will resort to attacks on comrades to allow his continued suppression on the Martian populace. Depending on the player's actions, he can either end up killed by his own subordinate or end up as the chief antagonist. 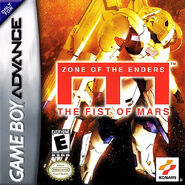 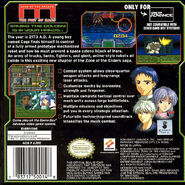 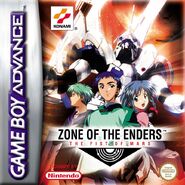 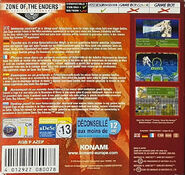